The CEO of a large company saw my site last year and asked me to write his memoir. He'd traveled across country on a train for twelve hours, and during that time he took out his laptop and typed 22,000 words that he felt compelled to get down in a WORD file.

Joe showed me the document but said that he didn't think much of it and that he was just rambling. He doubted that it would be of much use in starting his book. To be sure, the grammar was a bit off, and the organization was rough and tumble, but I was mesmerized by the account Joe had written. I saw a raw, fresh, unique narrative voice with a great story about one man's rise from poverty and abuse to having millions of dollars and anything he wanted--except happiness.

I began writing the memoir, but Joe would rewrite the chapters and send them back with new recollections, language, and expressions that only he could produce. With each new chapter, his writing grew better, and what he produced was vibrant and alive. At times I laughed out loud at his exploits; other times I was moved to tears by the pain he'd suffered.

We established a methodology. I would write the first draft of each chapter and then Joe would completely rewrite it and send it back. I would then edit his own version and send it to him for approval. The result was a moving, honest book on the need to tell the truth, both in one's personal and professional life.

When the book is published, it's going to be huge because Joe can sell ice to Eskimos. But when he sells anything, he's a straight shooter and never throws in hype to make his products look better than they are. His business brand is total transparency, and he's revolutionized much of Silicon Valley.

It was a great assignment, and I will be forever thankful to Joe for allowing me to be his editor.

You might also want to read Great Nonfiction Titles. 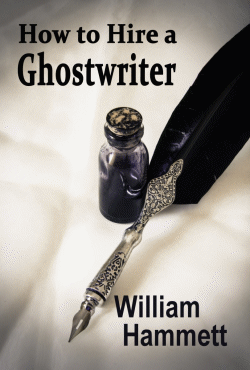